He was a retired Puerto Rican doctor in his seventies who spent his retirement pouring out his life for the people in the slums of Caguas. His mission house fed the poor a warm lunch everyday and provided free healthcare to the community. He worked like a young man in his prime when he wielded a machete to clear the land for a new mission down the road. He greeted virtual strangers with a smile, a hug, and maybe even a kiss on the cheek.

When asked how much money he needed for repairs on the mission house, Juan beseeched our group,

“You Americans always send money and think that is the cure. We don’t need money, we need missionaries!”

He was a middle aged Romanian man who served the youth in one of the few Protestant churches in Timişoara. We stood on a Romanian hillside overlooking the retreat building our group was staying at for the week. Peter beamed with pride as he testified about the building: twenty years ago this was a Communist schoolhouse built to indoctrinate children in name of Marxism. Now it is a Christian camp center dedicated to love children in the name of Jesus Christ.

At the end of our last service at the camp, our American group decided to wash the feet of the Romanian children and adult workers (John 13). One woman, a kitchen helper and parent of a youth, wept uncontrollably as she had her feet washed. When asked what she was so moved by, she said:

“You being Americans, wash our feet!”

And part of me grieved.

Why would Americans be on an undeserving pedestal in this woman’s mind? 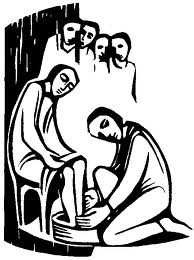 I wondered what influence the “American” gospel had on her. Even third world countries are reached by the satellite tentacles of TBN, Daystar, 700 Club, etc. How is a malnourished Indian kid who eats dirt brownies supposed to process a purple haired lady sitting on a golden throne asking for money?

How is a poor Haitian boy who witnessed his parents die after a sudden earthquake supposed to process a rich old white man who says God judged his nation because of its religious history?

Was it even the prosperity gospel the Romanian lady heard?

Or was it the gospel of American pride/nationalism even some of my Baptist brethren preached?

What she needed to hear was this: She was a precious child of God, a beloved bride, a chosen saint in a Kingdom without end. Everyone in that room was on equal footing; we were all crippled by our sin until God stooped down to us in Christ and lifted us up.

We weren’t Romanian brethren and American brethren. We were brothers and sisters, period. Blood bought adopted kids with the same Father. We were joined with an unbreakable bond that transcended culture or language.

Though our pasts are diversified, our future will be unified in one glorious end. This will be the utter death of all our pet gospels:

After this I looked and there before me was a great multitude that no one could count, from every nation, tribe, people and language, standing before the throne and in front of the Lamb. (Revelation 7:9)

“Unless a grain of wheat falls to the ground and dies it remains alone; but if it dies it bears much fruit. Anyone who loves their life will lose it, while anyone who hates their life in this world will keep it for eternal life.” (John 12:25)

Jesus preached the anti-prosperity gospel of modern American evangelicalism. He also would have had no part in the modern psyscho-babble self-esteem feel goody shtick of Dr. Phil wannabe pastors.

The immediate context of this verse shows Jesus speaking to the disciples towards the closing of His earthly ministry. When the Greeks came to seek him (v 21) He knew the end was near for Him, as this signaled a final chapter to his public ministry to the Jews (v 23). He could have no ministry to the Gentiles until He died as a sin offering for them, as an imperishable seed that would bear much eternal fruit.

What a curious and shocking message this would have been to the inquiring Greeks. If they sought Jesus simply as another Caesar, with similar royal pomp and ambitious military strategy, they were sadly mistaken.  For the first time and ever since, this was a Kingdom that would be invincibly advanced not by protecting the King, but by the murder of the King.

The Lord they were seeking came to carry a cross, not a crown. He was a Servant who would be subject to a terrifying crucifixion, not a coronation.

Such biblical paradox has been too much of a stumbling block to bear for many a modern Greek inquirer.

If that wasn’t disturbing enough look at how Jesus applies this message to his hearers. “Whoever loves his life loses it, and whoever hates his life in the world will keep it for eternal life.” Or in other words, Jesus said, “If you claim Me, your life will look my life.”

The follower of Christ, the “Christian”, must hate his life “in this world.” This is not a call to some type of introspective self-centered self loathing. This is a call to bury and hold a funeral for one’s inherent love for the world and its possessions, pleasures, riches and rewards. Even good things may stand in the way of the soul’s prosperity (true biblical prosperity). They must be counted as a hated enemy for the sake of the love of God. The man who loses everything gains more than everything.

The world has been “crucified to me and I to the world” (Gal 6:14). The world system is dead. It has no power over me. It no longer has the right to fascinate me with its temporal trappings. How does a dead man respond to a dead world? True, prosperous, eternal life is found in the answer.

As JC Ryle once wrote:” The way of self-crucifixion and sanctification may seem foolishness and wasteful to the world, just as burying good seed seems wasteful to the child and the fool. But there never lived the man who did not find that, by sowing to the Spirit, he reaped life everlasting.”

Maybe a more accurate modern Christian moniker would be: “God loves you and has an agonizing plan for you life.”

Brothers and sisters, what more do we need?

What more do we want?

What more do we have?