“Mass murder is why Jesus came into the world the way he did. What kind of Savior do we need when our hearts are shredded by brutal loss?

We need a suffering Savior. We need a Savior who has tasted the cup of horror we are being forced to drink.

And that is how he came. He knew what this world needed. Not a comedian. Not a sports hero. Not a movie star. Not a political genius. Not a doctor. Not even a pastor. The world needed what no mere man could be.

So he came as who he was: the compassionate King. The crushed Conqueror. The lamb-like Lion. The suffering Sovereign.”

Read the rest of the article.

Suffice to say last Friday was the saddest news this nation has faced since 2001. As a father of two sons (1 a year away from kindergarten) and a public school educator the heartache was twofold for me.

I hope this reeling nation doesn’t get too obsessed over tertiary political/social issues in this time.

The only agent that can change the hardest human hearts is not of this world or public policy. Saul, David, and Moses were all once murderers turned servants of the righteous King.

The only agent that can comfort the most shattered human hearts is not of this world either. The perfect hands that were wounded on the cross are strong enough to bind our wounds forevermore.

I pray Sandy Hook turns to the “Suffering Sovereign” alone for comfort.

I pray the other broken on looking souls in America do too.

This particular reason could equally be the leading point in a corresponding blog post titled “Why I Hate Being An Educator.” But seriously, my job is ALWAYS interesting and it ALWAYS keeps me on my toes; and ninth graders are the main reason for that. You never know what off the wall question, what bipolar mood, what hilarious comment, or what surprising encouragement you may get from day-to-day. I could be stuck in a sterile office environment and chained to a screen and desk.

But I am entrusted with real humans with real issues and real potential that I may play a part in tapping. There is high risk/reward in such an endeavor, especially when factoring in raging hormonal activity.

But maybe their relatively short experience in my class will help them garner a life skill, a moral lesson, a thirst for learning, or just an appreciation for a person that cared about their future. That’s a gamble worth taking.

I coach football and track, so I don’t have as much free time as others, but as an educator family time is easily planned and executed around holidays and summer time. When my oldest son, Josiah, starts kindergarten  next year I will be even more thankful for our corresponding schedules. Being an educator really is a family friendly occupation and I venture to guess that is one reason many of my coworkers are young mothers.

Also, do you remember that feeling you had as a kid anticipating Christmas morning? Teachers, in part, still get to have that.

I get to celebrate and revel in the arrival of Thanksgiving/Christmas/Spring/Summer break as much, probably more than, my students. I’ve even been known to blare Rebecca Black’s “Friday” given the weekend occasion, and at the end of last year I can neither confirm nor deny my class may have heard Will Smith’s “Summertime” on the last day of school.

Being an educator keeps me family focused and keeps me young.

As a public school educator, there are some legal constraints as to what I can say in my daily dialogue with students. But being in the mission field of a public high school the past 4 years has kept me cognizant of how lost and hurting and broken this youth generation is. When I was involved extensively in church youth ministry I always felt there was a religious facade that had to be penetrated before real ministry began with a young person. Spiritual games can be easily played at a church.

That facade doesn’t exist in the context of a high school hallway.

Not in the emo kid (with an absentee father) who brings his Satanic Bible to class instead of his Algebra book.

Not in the ninth grade athlete with a violent short fuse because his mom tragically died last year.

Not in the pregnant fifteen year old whose baby’s daddy is in jail for grand theft auto.

These are real kids with real issues. Sure, they can be hyper-emotional, rude, angry, lazy, disrespectful, and scallywags in general. By nature we all can be. But many of those attributes were learned in their early nurturing. And all of them need the same basic virtue applied to them that has been generously bestowed on me by One greater: Grace.

When I can’t give that overtly in words, hopefully they experience it in the way I treat them.

There are certainly more reasons than these, but these three are enough for me to be thankful for my calling/occupation.

Do you love what you do? Why?

I went on a field trip this last Friday.

The high school I teach at took a group of 150 ninth graders to a viewing of “The Hunger Games” at a local theater. The trip was paid out of pocket by students and not by taxpayer money I assure you. With the exception of two other math teachers in attendance, I was probably the only soul in the theater who had never read the book. I can’t comment on the literary validity of the book series (I don’t read much fiction) but I thought I’d share a few thoughts about the movie with my beloved readership.

The “Hunger Games”  film is becoming a record-setting blockbuster ($70 million in its opening DAY) and is a surefire successful Trilogy; As conscientious Christians who want Christ’s kingdom to permeate all levels of culture, it is good to at least be semi-informed about what popular culture obsesses over and values:

I know that is not saying much. But at least Hunger Games is not a contrived love story about a boring emo girl who must practically choose between necromancy and bestiality. I think the leading Heroine, Katniss, has some solid qualities that are actually worthy of teen girl emulation. She’s strong. She loves her family to a fault. She’s brave. She hates injustice. She takes responsibility for her actions. And maybe most importantly: She’s not mindlessly wrapped up in an all-consuming hormonal rage over a boy.

I’m a Woody Harrelson fan. He has always played the role of witty sleazy wino well (maybe his bartender role in Cheers gave him a jumpstart with that). He doesn’t disappoint in his role of Haymitch Abernathy, a former Hunger Games winner and current tutor to District 12 contestants. I’m used to generally poor acting quality when attempting to stomach teenage box office thrillers, but there were a couple pleasant surprises in this film. Elizabeth Banks is delightfully creepy as the plastic clownlike, “Effe”, who serves as a mayor/publicist for District 12 and its contestants.

The Violence is Not Mindless

I’ve heard the movie flirted with an R rating before its release. Some may think the child on child violence is too graphic. That may be true, so parents should be informed before allowing formative younger children to partake. But I do think much of the violence in the movie is purposeful. No one dies without a stirring consequence or somber tone from the on looking survivors. There is actually a touching impromptu funeral scene during the games, injecting humanity in an inhumane circumstance. When any child is killed during competition a harrowing gong resonates through the city and countryside, and their picture is hologrammed across the sky. Even in the twisted dystopia of Panem, the corrupt government intimidates its subjects by playing against their knowledge of the inherent value of human life. For example: If each year from each district the authorities require a boy and girl sacrifice for a rebellion that happened 70 years ago in one district, what horrific acts would they do to our children in a contemporary rebellion?

Really, Hunger Games revolves around a cautionary tale regarding government power run amok. By displaying in prophetic clarity the negative effects of a meddling political system, the movie propagates a limited government message that may even make Ron Paul crack a grin. It reminds us, because of our sinful human depravity, the early gladiator games of Rome are not necessarily an unrealistic relic of the past. The vague goal of “progress” needs to tapered with real absolute moral foundation (Bible). Katniss also models the virtues of personal responsibility and healthy authority questioning throughout, and in our current climate of big government influences on both sides, these are not bad attributes for a youth culture to be absorbing.

It’s far from a perfect film. There are some contrived points in the plot, where main characters “coincidentally” run into each other at strategic junctures or when they hear seemingly random divulged information at just the right time to preserve life. I wasn’t overly impressed with the quality of acting by many of the younger actors either. I hear later in the series the book toys with Nihilism, but I can’t comment on what I haven’t seen yet.

But the Hunger Games may be worth a watch for you. Clearly, there is not an overtly gospel message the movie attempts to set forth (brothers and sisters that is our calling!), but there are some apparent redemption themes and good character studies within the film.

As always, let’s take this cultural opportunity to speak the person and work of Christ as the only ONE worthy of our adulation and infatuation. He is the one who says to every soul hungry teeny bopper, parent, and cultural observer in between:

Teacher: “Guys, I can only give you so many opportunities to succeed, but you have to reach out and take them. You know what they say, ‘You can lead a horse to water but you can’t…'”

Teacher: “Exactly. But actually, you can drown it.”

Teacher: “Sure, I’ve done it before”

Teacher: “It made me mad” 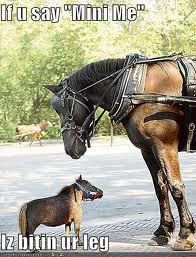 Teenager: “What did it do to you?”

Teacher: “It was easier to do than you think”

Teacher: “It was one of those little mini horses about this high”

Teenager: “Awww, why did you drown it?!”

Teacher: “It was ticking me off”

Teacher: “It was just too cute, it was starting to make me mad”

Teenager: “Are you being serious?!”

Teacher: “No….I’m definitely not being serious right now….disregard everything I’ve said in this conversation immediately. Back to the analogy, you can lead a horse to water but you can’t…”