I owe a debt to “Payable On Death.” They helped lift me out of the miry (and stanky) clay of  mid to late ’90s alternative rock and rapcore.

In my early to mid-teens I was a sucker for bands like Soundgarden, Deftones, Beastie Boys, and, I’m afraid to admit: Limp Bizkit. I was a “good” church kid that didn’t miss a Sunday or Wednesday service thanks to my mom, but I wouldn’t categorize myself as much more than a spectator among Christian festivities back then. And though I assimilated much about cultural Christianity into my life during that time, I had a serious aversion to the Christian music industry.

With all due respect to Amy Grant, Michael W. Smith, and dc Talk,* I couldn’t shake the notion that the only thing that Christian music had to offer was, well, cheese.

Then along came P.O.D. Their “Southtown” release helped ignite the beginning of the short lived “rapcore” rage. At the end of my 9th grade year I happened to stumble upon a $1.99 demo that featured their song “Lie Down” (still have it memorized).

I was shocked and hooked at once.

A bold and refreshing new world of Christian music opened up to me. It didn’t include keyboard solos and “Jesus is my boyfriend” sentiments. It had nasty guitar riffs, timely screaming, Rastafarian undertones, and contrarian lyrics like:

They feed us lies, dress up my King in false disguise

Behind those eyes, soul of Savior I recognize

No compromise, while the whole world becomes corrupt

Tonight we break the surface for lives, we comin’ up

There’s probably a lot more that can be said about P.O.D.’s choices for collaborations and album cover art, but not here.

I owe them more than that.

They helped me find my two choices were not limited to Nine Inch Nails or Steven Curtis Chapman in the musical style spectrum. There possibly was a righteous middle ground. If it’s tricky to rock and rhyme (as Run DMC stated so well), it is even trickier to rock and rhyme in a Christ-honoring fashion. Props to the bands who even attempt it.

My passion for P.O.D. has waned significantly in my adulthood (I have a more mellow pallate now) but my appreciation for them has not. The band God used to help spark my formative spiritual years still finds itself caught in a cultural rock and religious hard spot. P.O.D. is still somewhat too hardcore for the Christian music scene and too Christian for the hardcore music scene.

But I remember a time when listening to their heavy handed riffs and Christological lyrics was like a desert traveler drinking from a fire hydrant.

In a CCM land of cookie cutter music styles, cliché chorus lines, spray tans, and self conscious image projections, a gritty movement arose. That movement included a dreadlocked, tatted up, metal cover band with a passion for the youth of a nation.

One misguided youth caught their vision and hasn’t quite been the same.

I couldn’t tell you one song on the latest P.O.D. albums. But for old times sake, and as a tribute to the first “Christian” band I ever liked, I’ll conclude with this:

*I appreciate ALL kinds of music now; I’m not hating on my boy Michael W. Smith, peeps!

Any bands or artists that had a great impact on you as a youth?

It has been a blessed an eventful year for me personally (thanks to the birth of my second son, Gideon, in March). I’d like to thank all the blog readership and random lurkers who make me feel less lonely (internetally speaking), when I sound off on issues. I enjoy the outlet that this blog serves to post my sometimes inane and ridiculous rants on a variety of topics. Here is a quick blog year in review for you with some highlights sprinkled in:

In 2011, there were 86 new posts, growing the total archive of this blog to 104 posts. There were 77 pictures uploaded, taking up a total of 4mb. That’s about a picture per week.

The highest viewed overall blog and individual blog-day (May 21st) goes to the same post. Not incidentally, that post was titled “If the Rapture Happens Saturday: A Brief Survival Guide.” If you are an easily offended type, I beseech you, DO NOT FOLLOW THAT LINK. But if you have a slight sense of humor, have at it.

The two other blogs that came closest to the top viewed spot were:

Rob Bell: Does Universalism Really “Win” In The End?

Obviously most visitors came from the United States. But Canada and the UK were not too far behind. I was also surprised to find a very small percentage trickle in from places like Nigeria, Chile, Malaysia, Belgium and Pakistan.

My most commented on post in 2011 was “‘Tis the VBS season! (No Sinner’s Prayer Required)”

My top three commenters (thank you guys very much!) of 2011 were:

Hope you all are found in God’s grace and blessing this new year. Peace.

It must be hard to be a Christian rapper. I would submit it’s even harder than being a white rapper…or a black hockey player…or an Asian basketball player.

It’s even a bit difficult to admit that I am a closet Christian rap fan, as I am still discovering and weighing the implications of coming out and what it will mean to my family. Of course I don’t claim all Christian rap as thoughtful and creative, just as most alternative rock fans don’t claim Creed as legends of the trade. 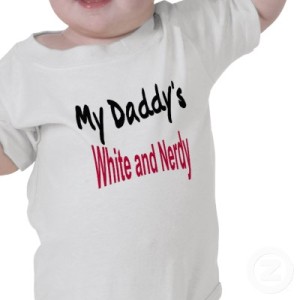 But after reading Tim Challies recent blog about “The Strange Phenomenon of White Middle Aged Pastors Who Listen to Rap Music,” some accolades are due from me. Though I was a middle class white guy in high school with no street cred or entourage, Christian rap was a surprising beacon of light for me in those formative spiritual years. With contemporary rap groveling and bowing to a fallen culture, I found there were still a remnant of urban Elijah’s who had not bowed their knees to Baal. The lyrics of Christian rap were Bible saturating, Christ exalting, winsome and refreshing. I would submit to you, the reader, the depth of these men’s rap lyrics makes the current CCM’s “gospel” message look like a puddle of emotional Deism.

So my late great Chevy S-1o was my sanctuary during the high school drama cycle, as I bobbed my big white head (with hair back then) to the beats of “The Ambassador” and “The Cross Movement.” While Eminem and Lil Wayne were the dominating flavors for my HS counterparts, I was listening to the exact antithesis of whatever drug, women and thug experience they were peddling.

Here’s one sample of “The Ambassador’s” lyrical tirades called “Girl Named World” that helped spurn me towards re-evaluating what the world had to offer:

I used to date a girl named, “World.”
Sis was real glamorous arrayed up in diamonds and pearls
She was the baddest, the phattest, she was established
And with her universal status – she had me livin’ lavish
She knew about my sinful habits. She used to feed them
She offered me the fruits of lust (and yep) I used to eat them
She took my freedom. Warnings came, I wouldn’t heed them
And when I mentioned God she said, “Chill you don’t need Him.”
I second-guessed this but then she pulled out those dresses, tight
fittin’ ones made by Mercedes and Lexus
Her neck just exploded with the fragrance of passion
The aroma of fame, fortune, and fashion
Snatching’ my heart she romanced me, my plans be
Lover for life make her, make her my wife, I can’t see…
breaking’ up like I can’t see me in a S girl
This is dedicated to my ex-girl

This passage is dripping with biblical principle, namely this one: “The world is passing away along with its desires, but whoever does the will of God abides forever” (1 John 2:17).

Repent and believe the gospel (Mark 1:16-17). Sounds biblically orthodox and culturally relevant to me.

My love for Christian rap waned with my graduation from high school, and I haven’t bought any Christian rap for well over 10 years…until recently, a theologically reformed rapper named LeCrae broke that streak. LeCrae’s “Rehab” album brings me back to my “Cross Movement” days, where rap was both quality to the ears and convicting to the soul.

Now my sanctuary is a red Pacifica, and I’m still bobbing my big white bald head….but I’m doing it with my beautiful wife riding shotgun and two little white boys in the backseat. We’re all bobbing our heads to the beat, thankful that God is bringing all things under subjection to the Lordship of Jesus, even a culture that seems irreversibly broken.

Try to rap along with LeCrae here to one of his best songs; if you succeed give yourself a hug:

“Don’t Waste Your Life” by LeCrae